Book ‘Fight Your Own War - Power Electronics and Noise Culture’ (2016) 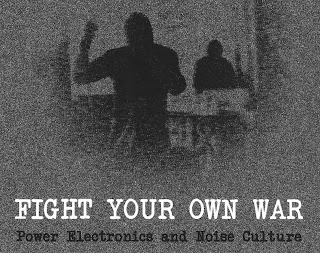 Harsh sounds, fierce vocals, controversial thematics, offensive visuals… Thirty years ago, who would have thought that such an antisocial musical niche will growth and evolve in order to define a scene on its own.

To preface my in-depth review of the book, let’s examine some of the power electronics’ definitions proposed within the volume.

Even though power electronics was initially connected to industrial music, it must be agreed that over thirty years, it has become more related to a genre of noise music. Yet, this tie to industrial music makes the first distinction between both styles: “power electronics differs from standard harsh noise in the fact that there are traces of a traditional song structure.”[1]

Besides, the power electronics genre “has multiple facets to it, and the subject matter varies between projects, but the skeleton beneath is a stripped-down approach where the vocals and lyrics define the band more so than the sonics. [And] when you take the vocal element out of it, defining power electronics against other experimental genres becomes cloudy.”[2]

Indeed, “the main factor separating power electronics from other forms of noise is the vocals (…), [whether they] are distorted and processed to the extent of forming another part of the noise, or clear and high in the mix, rendering important lyrics audible to even casual listeners (…)”[3]

As a matter of fact, the second main reason differentiating power electronics from noise is the intensity of the vocal, in addition to the extreme contents of the lyrics.

My complete review is on the site Special Interests. 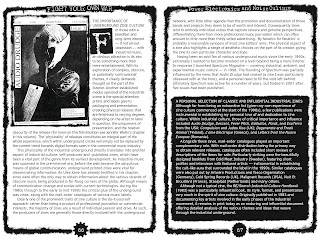 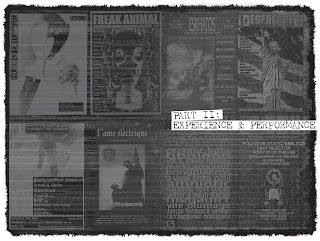 Links of the editor’s interviews upon the project: Headpress – Flux 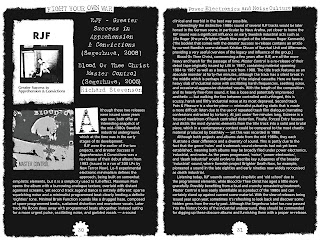 Images courtesy of the editor Jennifer Wallis & the publisher Headpress.